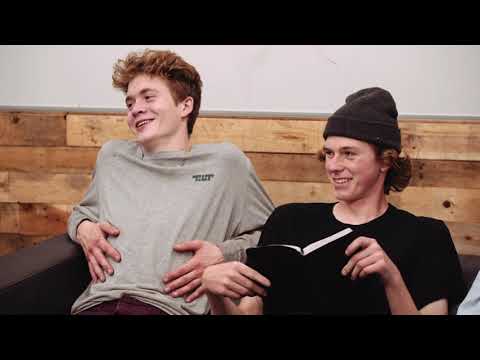 JSAW is an action sports ministry making riders into disciples.

It all began in 2004 with two visionaries who had a desire to give youth a place to belong and grow in their faith. Jonny Nelson, a 16 year old skater with a passion for evangelism and discipleship and Randy Monroe, a business man who wanted to invest in the community’s youth, partnered with the Louis Palau Association. One year later a massive indoor skate park was opened in Chanhassen, MN. The park served as a positive place for some 3000 youth before funding ran out and JSAW was forced to move in 2007. The skate park was split up and donated to outfit two summer camps in northern Minnesota. During this time JSAW continued to host small group Bible studies and mentoring for riders at various parks in the Twin Cities. In 2013 JSAW opened Help Boardshop and Indoor Skatepark in Edina as its new headquarters. Locally JSAW provides small group, mentoring and leadership development programs along with many skateboard, snowboard and wakeboard activities throughout the year. Our staff and volunteer mentors focus on building relationships with riders and guiding them through the process of disciple making that Jesus modeled.